In the region of big lakes and the deep rivers,
Where a half moon the side shines,
In a heart of stored unique
There is a beauty - Kazan

The Kazan Kremlin — a unique complex of the archaeological, historical and architectural monuments which have arisen and functioning from the founding of the city up to now.

In 2000 the Kazan Kremlin has been included in the List of the world cultural and natural heritage of UNESCO. Objects of a complex consist under the authority of the State historical and architectural and art memorial estate "Kazan Kremlin".

In 2005, to date of celebration of the millennium of Kazan, in the Kazan Kremlin the Qol Sharif mosque — the biggest mosque in the territory of Russia has been constructed. Blagoveschensky Cathedral a monument of history and architecture of the 16th century is open after restoration. In the Kremlin there is an architectural symbol of the city — Suyumbike Tower, one of the few "falling" towers in the world.

How to get: Kremlevskaya metro station. All types of land transport to station. "The central stadium"

On the territory of the Kremlin there is a free entrance 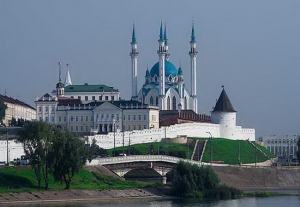 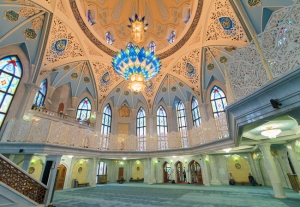